Check out our Facebook page for live streams, updates, and more!
back

Say hello to the leadership team at New Hope Church

Cody was a missionary in Uganda for six years before becoming a pastor at New Hope Church in 2016. He loves his wife, Michaela and their eight children.

Eddie and his wife Denise have been in ministry in the New Castle area for 29 years. They remain committed to the involvement of New Hope in the spiritual growth of the surrounding communities. They love their three grand kids, and their two boys, Joseph and Stephen. Madeleine has called New Hope her home church her entire life, but joined the leadership team in 2017, after returning from a two year internship at the Dream Center in Los Angeles. Nadine has resided in New Castle with her husband Mike for the past seventeen years. She became a part of the administrative staff at New Hope Church in February 2017. 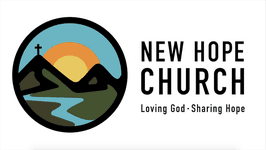